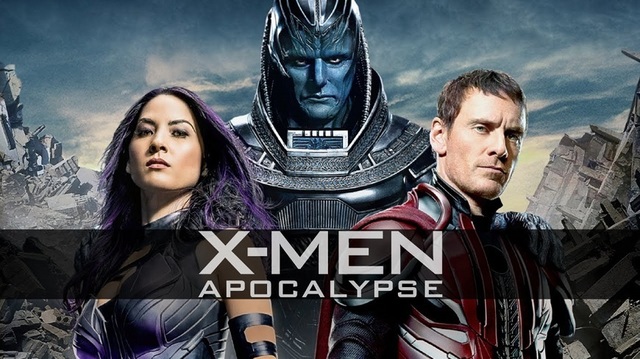 Listening to the words of the creators of the permanent rolls over the coming coolness project films can be held hostage syndrome inflated expectations. In the case of absence of such bravado and aggressive promotional campaign, even the average film can be for the viewer something very worthy.

The new creation of Bryan Singer, being worthy of a picture, and in the absence of excessive heating of the audience, was, in my opinion, a masterpiece. And if not a masterpiece, is certainly a charged gun.

I do not want to call this a blockbuster plot sluggish, what he is accused of many obzorschiki and criticism. It is moderately progressive, well-measured and gradual moderation. One action scenes are not immediately replaced another, but all of these transitions serve the same purpose - the disclosure of the characters, their motivations and rationale for the deepening of the general mythology of "X's".

Yes, some of the characters in the end still sunk, and some have been far-fetched for extras, but in general, Singer has served its purpose. If we take locally, he made interesting characters and their stories alive. If globally - completed recast the best in the history of cinema, not to disgrace the past and feelings of not upsetting the universe of loyal fans.

Just a couple of words about the characters.

The one that passed in the picture header, exudes power is not quite right. He: a) does this by manipulating one and all, and b) suggests chilling horror even his modest conditionally murders. Incredibly happy appearance of Logan and his slightly updated origin, coupled with the kinds of old and long time favorite locations. And, of course, Mercury.

Being a formally secondary character, he very gently pulls the blanket over himself, speaking in the role of decoration film and giving us another excellent scene with a demonstration of its capabilities. About Magneto and Xavier is not even worth talking about. Implementing them actors - geniuses in their field, and their gorgeous prescribed heroes whose cinematic fate and relationships make the heart beat faster, are admirable.

As for the action-component, it is visually pretty darn good, and it is as much as is necessary in the framework of this particular narrative.

You know, I really liked almost everything in this film. High-quality sound, a good (and very appropriate) humor, presence of references and easter eggs as past projects, and possible future.

Bryan Singer was able to make an exciting and very interesting picture about the adventures of the carriers of the gene "X". Private cinema visitor does not get bored, and the true worshipers of the genre, booms and crazy fans will almost applaud founding father.