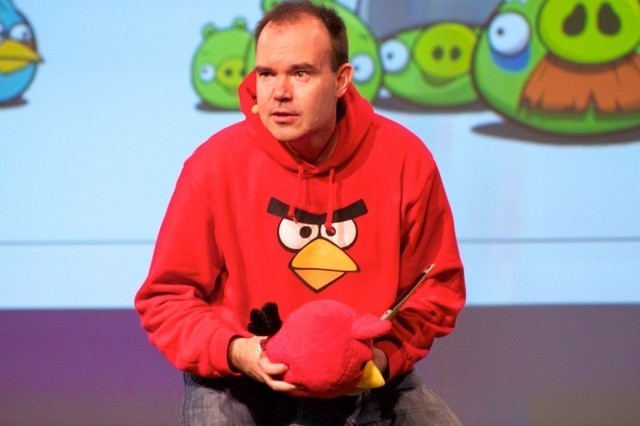 The development of Angry Birds was started in 2009. The total cost of work, not counting the work on additions to the game, is estimated at hundreds of thousands of dollars. Appearing in the App Store, Angry Birds games became the sales leader in a short period of time.

The game was one of the first, specially developed for touchscreens and its success was largely determined by the growing popularity of such devices worldwide. But did this only bring such a fame to the franchise? Just good circumstances? Yes, there were not many quality games at the mobile applications market at that time, but I think it's a combination of several factors, and a good launch time is only one of them.

I think that now it is almost impossible to find a person who does not know about this game. Even my grandmother would not mind occasionally launching a couple of birds into the flight.

Once I showed her the game on my smartphone (then it was Nokia N8, running on the Symbian ^ 3 operating system) and she literally fell in love with "Evil Birds" at first sight. For lack of her smartphone, I installed her Angry Birds on the laptop. By the way, it was her first gaming experience. That is, it turns out that a man who has never played a game before can easily master and love Angry Birds.

Next, on October 21, 2010, the Angry Birds Seasons release was released - a version of the game dedicated to the holidays. On March 17, 2011, Angry Birds Rio 2 released a license for the animated film "Rio" from the studio Blue Sky Studios and the 20th Century Fox Animation film association. In this version for the first time there are bosses, and the opponents were monkeys instead of pigs. March 22, 2012 appeared the fourth game - Angry Birds Space. In it the game mechanics has changed a little. Actions unfolded in space and, consequently, the game process added gravitational fields of the planets, which refreshed the podnadoevshy many gameplay.

November 8, 2012 was the release of Angry Birds Star Wars, by the way, my favorite part. The game is created by you know by what license - all the game characters are reincarnated in the heroes of the saga of George Lucas and got new abilities. Also, the game combined all the previous studio achievements - there were familiar levels on the ground, levels in space and bosses. 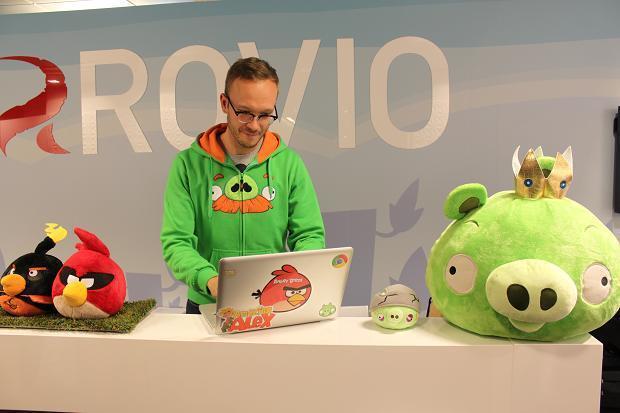 It's worth mentioning that different versions of Angry Birds are available on iOS, Android, Symbian, MeeGo, Maemo, Bada, WebOS, PlayBook OS and Windows Phone - all these are just mobile operating systems. The game can also be played on older systems like Windows and Mac OS, in the Google Chrome browser, in Facebook, on Samsung's Smart TVs and, of course, on the PSP, PS Vita, PS3 and Xbox 360 game consoles. That is, there are versions of the game in almost all current systems. Regardless of what you prefer, you can still play with the birds.

Rovio also releases other games. In July 2012 - the game Amazing Alex - a puzzle based on physics. September 27, 2012 appeared Bad Piggies, in which players had to deal with the construction of a variety of moving vehicles for those same pigs, opponents of birds. And most recently, the release of The Croods based on the cartoon "Family Cruds" from the studio DreamWorks, the premiere of which is scheduled for March 21 this year. The game is a kind of Farm Frenzy and, unfortunately, does not cause much interest. No studio game, not belonging to the Angry Birds series, has been able to win the same loyal love of gamers ...