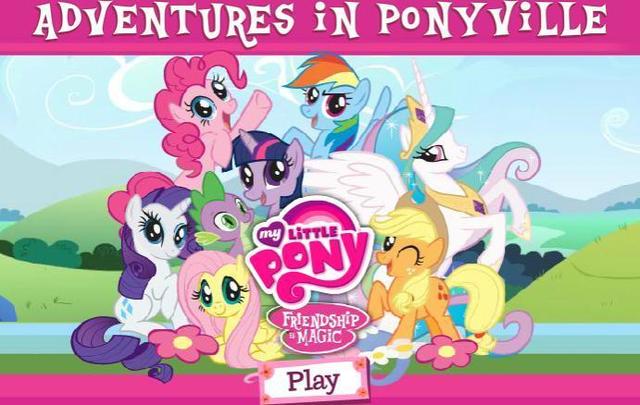 Before I watched cartoon My Little Pony Friendship Is Magic, I have to ponyam treated neutrally. Then a friend showed me the first two series in dubbing Carousel. I liked it, then one pablike started watching them in the original with subtitles (I do almost everything, except for Gravity Falls. I watch them only in the dub). I liked it even more.

Item 1. Characters. In any work on the first plan should be cast. Everything else in juegos my little pony should be thought through later. In Lord of the Rings hobbits were, from JK Rowling - Harry Potter and then cute cartoon ponies, unicorns and Pegasus. The only problem with the characters, there are too few men. Women Everywhere.

Item 2. Panache. With this, too, there is no problem here. Showing off a simple but nice. Something reminds me of affectation Gravity Falls.

Item 3. Plots. At the beginning and at the end of almost every season, there is a dangerous battle with the villain. Of all my hardest sunk into the soul of the Queen Chrysalis werewolves from the end of the second season. Then all 22 episodes comes development of the characters and terrain.

Item 4. Friendship magical morality. Yes, any children's cartoon is morality. But then it skillfully veil, so interesting to watch. It's not Peppa Pig!