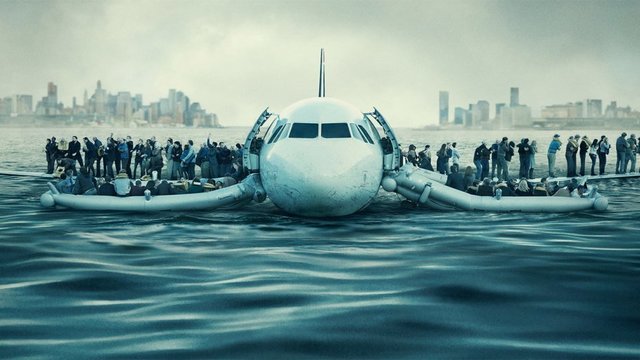 And again in the new movie based on the Sully - a true story, the exciting facts of the crash, which could become the largest in the history of New York, and in the history of American aviation. Again, something not enough, on the whole went fairly smooth, good faith "knit" movie. About what?

This - not a disaster movie, with a lot of special effects and the "critical" moments, although the minimum necessary for a film about a serious of accidents there. This - not anecdotal story of the struggle of man and system, a professional with a great intuition and experience against the instructions and commissions. This - not a psychological drama, but on reflection and soul-searching protagonist assigned to almost half the time. Hero it (in the representation of journalists and ordinary people) or the offender who violates the instructions and nearly 155 lives ditched? But Tom Hanks' character - neither one nor the other. He's just a great professional, in desperate circumstances who took desperate, but, as subsequent events showed, the only right decision.

It's all together, in equal proportions, balanced and very carefully assembled. Frankly irritated scene telephone conversations with his wife. It is clear that to call his wife and say that he was alive and well after the crash - this is normal. But somehow it turns tightened. While here we find that the hero of the problem - with the land, with the bank, apparently - with loans or mortgages on land or a house. And he just forced desperately to save his reputation before the commission (just as desperately as he saved the dying aircraft and passengers), so as not to resign without severance pay and pensions, but with the glory of the hero.

Once all this is done as something quietly, gently, without any strain. However, it is possible that capital Chesley (Sully) Sallinberger - quiet and intelligent person. And it is in the nature of this property, and lies his secret - the ability to develop the image of demure and become a hero.

Good co-pilot. But Aaron Eckhart playing friend and helper "Captain Sully" also somehow not enough. But on the other hand, whether he's active in Minecraft games, but add their efforts stewardess - not the fact that we would not get the next version of "Crew".

Should I watch the movie again? It may be worth. Perhaps the first time for something we did not see the whole, a pretty decent tape Clint Eastwood. In July, he, of course, have come down from the screen, but you can view and on-line. Why not? While not the fact that after and the second viewing will be possible to find an answer to the question why so many American films based on luxury (in terms of the facts) real stories, fascinating, exciting and sometimes very scary, so little pass this severity actual circumstances, the strength of character and relationships?