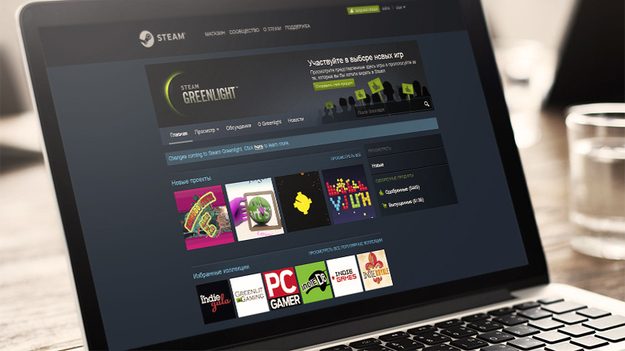 Analytical company Ico Partners shared new statistics about the growth in the number of games in the store Steam. It is reported that after the cancellation of the Greenlight initiative and the introduction of Direct, the number of new games to play on Steam is growing incredibly fast.

As it became known, analysts provided a schedule for the growth in the number of new games on Steam since the launch of the new Steam Direct program in June 2017. During this time about 1000 new games appeared in the store. Only for the last month on the site appeared 730 games, and in the last week 213 new games appeared at once. Comparing with last year, the number of new projects on Steam within a month has grown by an impressive 300%.

So, in the first week of July in 2016, 28 games were released, and in the same time in 2017, 84 games were already released. According to analysts' forecasts, the number of new games on Steam in the coming months will only increase, and due to the necessary contributions Valve hoped to raise not only the number of games, but also their quality. Also in the company noted the importance of user ratings, systems with which periodically undergo various changes.

Thanks to the Direct program, Valve receives not only 30% of the sales of each game, but also $100 only for placing each project on Steam. Such a low price attracts an increasing number of developers who dream of releasing a new big hit.